The debate on meat and dairy denominations for plant based imitations is far more complex than it seems at first glance. If the European Parliament decides in the coming month to condone food denomination loopholes to protect “vegan sausages” or “ vegan burgers”, it will open a Pandora’s box that will in the long run impact consumers and livestock farmers alike a fact that is not well understood in the European assembly. Faced with this situation, the European livestock sector is making a stand and launching the European campaign ceci n ’est pas un steak.

Please have a look at the common press release here: 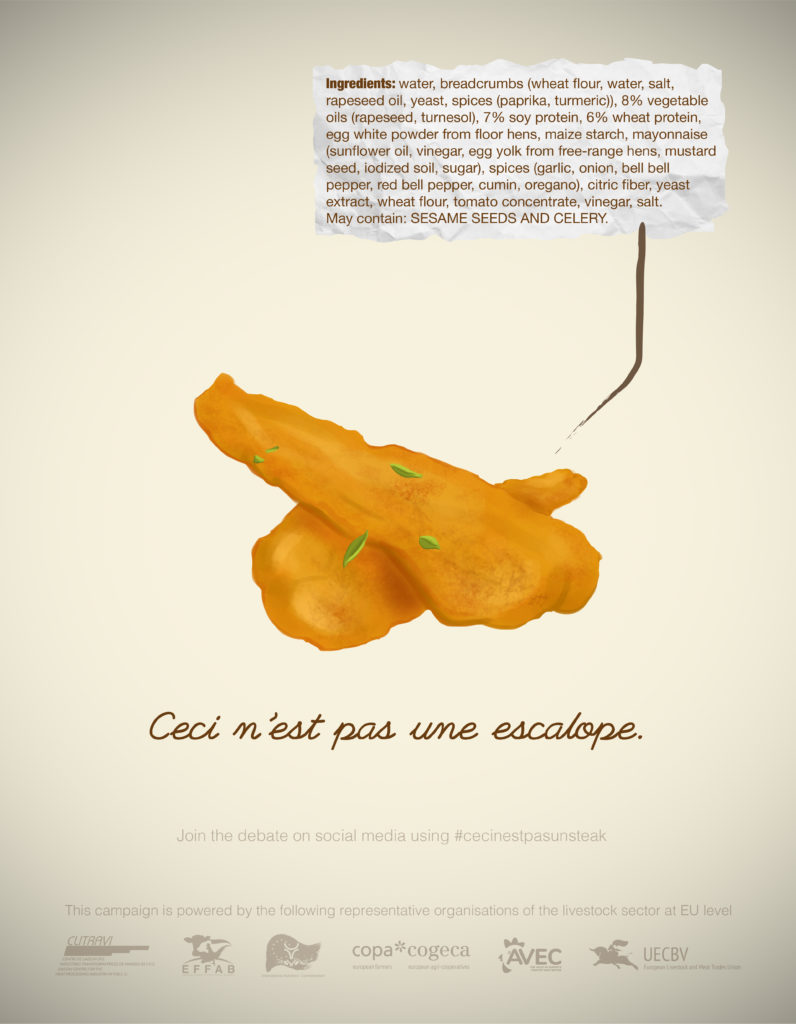